For application developers, open source has become an indispensable part of the development process. In fact, we’ve found that over 90 percent of professional developers use open source in building their applications.

Why? What do professional developers see as the biggest benefits of using open source? Conversely, what are the biggest drawbacks? And how much time do developers spend on maintenance tasks related to the open source packages they use?

Finding #1: Developers Like Open Source For Getting  Work Done Quicker and More Cost-Effectively

Our survey listed ten reasons to use open source — from makes me more productive to increases application performance — and asked developers to rate them from not at all important (0), to extremely important (10). None of the ten reasons we listed scored below five — that is, none is seen as unimportant. Topping the list of open source benefits are makes me more productive, speeds up development and deployment time and reduces development costs. 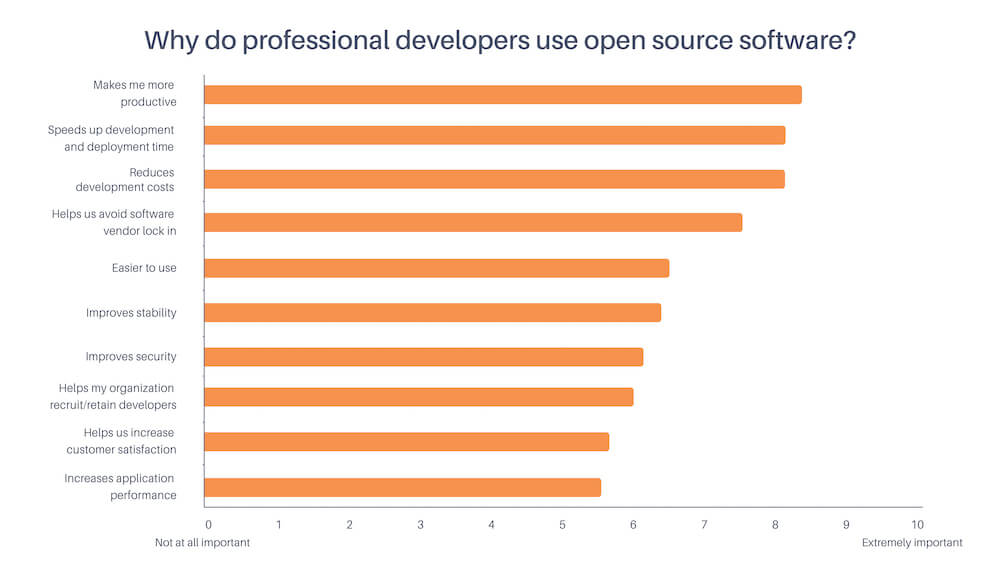 Notwithstanding the developers’ love of open source, there remain a number of areas where they have concerns. Three key areas stood out from the others among developers we surveyed:

In addition, we found that respondents in organizations with development teams of 1,000 or more people are significantly more concerned with keeping track of the open source code in use than are respondents from smaller dev shops. 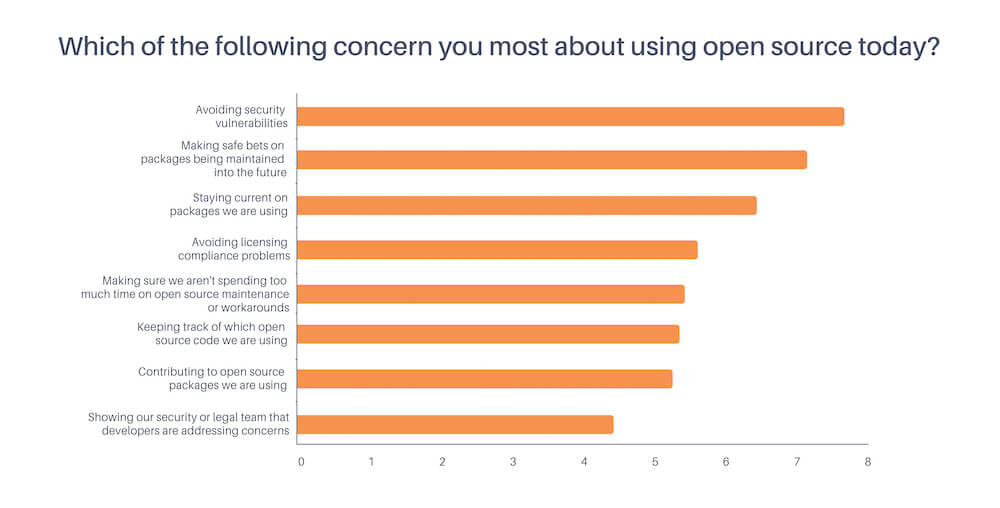 Our data shows that developers spend on average 30% of their time on code maintenance (including tasks like refactoring, debugging, rewriting functionality, paying down technical debt, etc) with open source contributing about 25 percent of this workload.

Open source has completely revolutionized the way software is developed today, because it helps developers get work done more quickly and cost-effectively. But as impactful as it has been, there are still opportunities to make it even more useful and less difficult to maintain for professional development teams.

Want to learn more about why professional developers use open source, and what would make it even better? [Download the full report with all of the findings from the survey]. 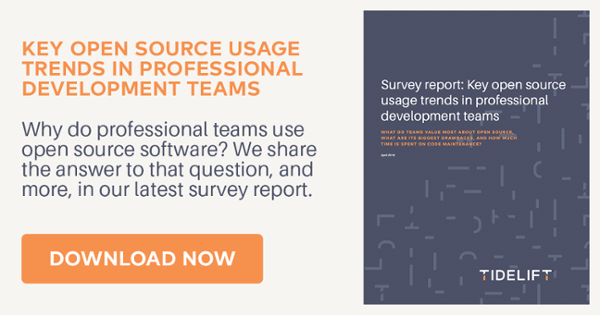 Better together: cultivating an open source ecosystem that works for everyone

Finding #2: organizations look to open source to save time and money, while increasing efficiency