“Don’t use open source. Code it yourself.”

That’s the advice Stratus Digital Systems CEO Greta Geankoplis received when they founded the company in 2016, but she had a persistent feeling that she was hearing antiquated advice.

“We need to break that concept of ‘don’t do open source because you’re trying to achieve a superior level of security,’” Greta said. “The world has changed and it’s an open source world, and that is inherent in the environment you’re going to be operating in.”

Stratus Digital is striving to change how organizations deploy their applications in the cloud, especially as it relates to security. Their patented technology uniquely addresses today's cybersecurity problems and helps companies migrate, manage, and secure the cloud through next-generation virtualization. 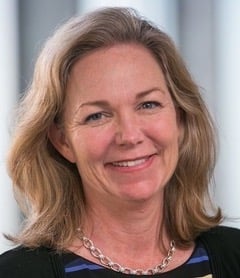 Stratus, Greta says, changes cloud computing the same way Kayak or Expedia transformed how we buy airline tickets. With Stratus, large corporations can switch their cloud hosting provider in an instant, or healthcare companies can create a new server with a new IP address each time they want to receive data from their Internet of Healthcare Things (IoHT) field devices, instead of sending it via a static server. This dramatically enhances the IoHT security but also has the benefit of increasing the security of the patients’ healthcare information.

Today, mid- and large-sized enterprises sign multi-year contracts for exclusive cloud computing services, based on the incentives and to avoid the large barriers of transitioning their network to a different cloud provider. This mirrors the early years of corporate airline travel, when American Airlines built their exclusive Sabre reservation system with IBM, and other airlines followed suit with their own exclusive reservation systems.

For decades, changing a reservation between airlines was nearly impossible. But thanks to deregulation and the power of the internet, flight aggregators such as Orbitz and Kayak emerged. Now the air travel market has shifted increasingly towards a commodity market, which means the greatest options are available to the buyer up to the moment of travel. Stratus Digital acts as the data travel aggregator on and across cloud providers with the potential to expand the cloud provider market, similar to Kayak and Expedia’s role in the airline industry.

Stratus Digital enables companies to easily wipe away the trail of breadcrumbs that static cloud server setups leave, because there are no persistent connections.

“Don’t create the cloud instance until you need it,” Greta said, “and then erase everything except necessary data, so you don’t have to worry about vulnerable information persisting in unknown and uncontrolled locations around the internet forever.”

Because Stratus Digital’s services orbit around cybersecurity and reducing risk, making sure their own code is in compliance and secure is fundamental to the organization. When Greta was told by her team that they were not using any open source components, suspicion hummed in her brain.

“Are you sure we’re not using any open source?” she’d asked her development team. 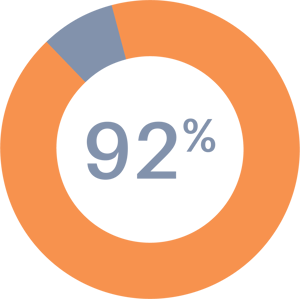 Greta faced a situation that many before her have encountered: she was confident they were using open source components, but she knew that imposing a risk mitigation process on her development team without their buy-in would fail. She could not review all the open source component licenses herself, or ask the development team to do all the research about potential security issues or whether components were being actively maintained.

In addition to avoiding security vulnerabilities, Greta was also concerned about license compliance.

“I knew there was some bad juju around certain licenses,” Greta said. “You can do anything if you’re a student, but as soon as you sell something, with certain licenses, you are in violation. I knew ‘there be monsters there,’ but I wasn’t getting pragmatic advice from either legal counsel, technical advisors, or experienced developers.”

Enter the Tidelift Subscription. Tidelift helped Greta gain visibility into the over 400 different open source components Stratus Digital was using. Of those components, some licenses were not aligned with their use cases. They also identified one security vulnerability that was quickly patched.

Getting a clear readout of the open source bill of materials was important for Stratus Digital, because security is paramount for their customers, many of whom are in government, healthcare, or other regulated industries. Even one licensing problem could have been a showstopper during due diligence with investors. Or a single security vulnerability could be a deal breaker if a customer in the federal government were to discover it themselves. Lack of compliance or a security vulnerability would be a huge blow to Stratus Digital’s credibility.

“Either we were vulnerable, or we weren't,” Greta said. “It didn’t serve our interests to run a sample size of our code to learn about Tidelift. Tidelift listened to us and proposed doing a 100% check of our software out of the gate.”

What’s more, thanks to Tidelift catalogs, Stratus Digital now has a workflow for analyzing components before they choose to use them. Jason Anderson, Integration Architect at Stratus Digital, relies on tasks generated by Tidelift to check code alignment regularly.

Tidelift offered the solutions Stratus Digital was looking for:

“Most importantly, through our collaborative, holistic, whole-team engagement between ‘Team Stratus Digital’ and ‘Team Tidelift’, I have full buy-in among my development team, operations team, and even my Board of Directors regarding the importance of effective and efficient managed open source, and optimizing for our business strategy,” Greta said. 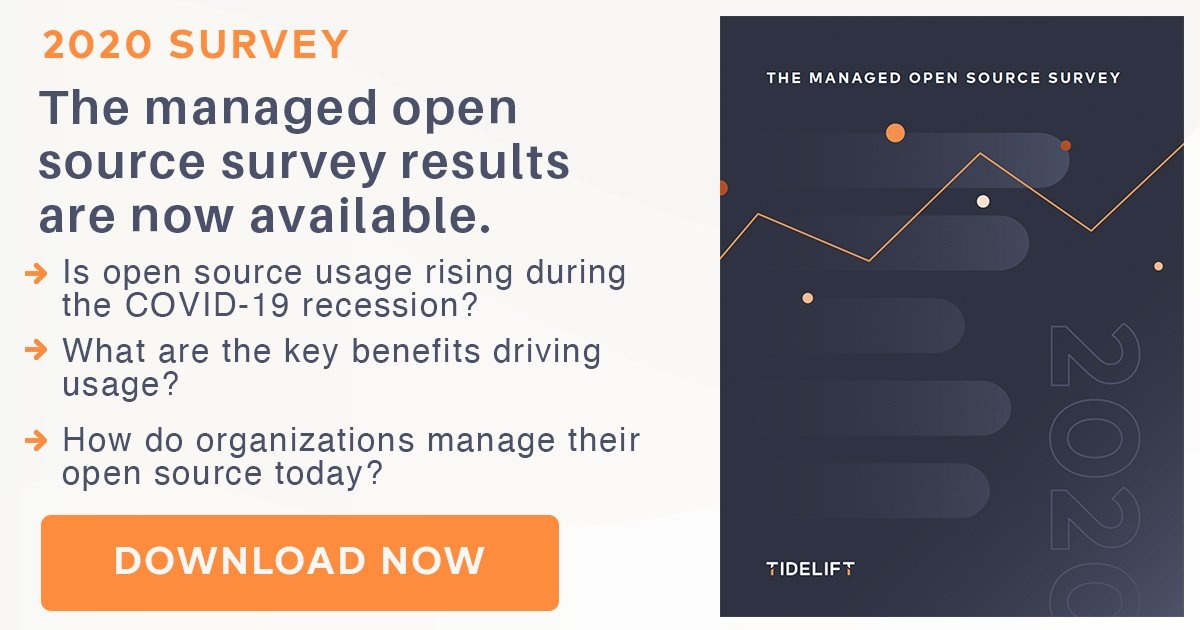 Hot off the press: Cooking with Tidelift and JFrog webinar recap