Last week, United States Senators Gary Peters and Rob Portman introduced the Securing Open Source Software Act of 2022, and referred it to the Committee on Homeland Security and Governmental Affairs. The bill commits the government to even deeper involvement in open source security and resilience issues, but mostly in ways that will be familiar to those who have followed various US government initiatives since Log4Shell.

Usually, the “findings” and “definitions” section of a bill is somewhat dull. However, I think in this case it’s worth calling out for two reasons.

Similarly, the findings call out the role of open source, including that a “healthy, vibrant” open source ecosystem is “crucial for ensuring the national security and economic vitality of the United States.”  In some sense, of course, this isn’t very big news—the federal government certainly hasn’t waited for formal definitions to become involved in open source, as we’ve documented previously. At the same time, though, recognition in statute is a bit of a “how far we’ve come” moment—and worth savoring for old open source hands.

Second, as any lawyer will tell you, lots of important details can be hidden in these sections. This is particularly true the first time terms are defined, since those definitions tend to get referred to (or worse, copied and pasted) in later legislation. Three nuanced details are particularly worth noting.


If the bill passes, the Cybersecurity and Infrastructure Security Agency (CISA), under its director (currently Jen Easterly), will take the lead on several new initiatives. In particular:

Who isn’t impacted, but maybe should be?


Interestingly, the language of the security framework section of this bill would seem to suggest a higher expectation for open source than proprietary software development. For example, the section on the security framework calls out secure properties such as use of memory-safe programming languages, multi-factor authentication, and cryptographic signing.

All of these should be the norm for all software developers who sell to the federal government, not just open source. (Some parts of the US government, notably NIST, already recognize this, and it would be great if the bill acknowledged it.)

I hope future versions of the bill require these things of proprietary developers as well, and clearly call out the issues unique to open source (including under-investment in hobby projects that become central to our government software supply chain).

Who will be impacted?

And the issue you should be most concerned with is understanding who is on the hook to do the work to ensure the open source components that you use in your applications  meet those standards.

That’s where Tidelift can really help. Tidelift partners with maintainers to ensure their components meet the standards that enterprises expect (many of which are documented in the NIST guidance), now and into the future, and pays them to do this important work.

You can learn more about the Tidelift approach to improving open source software supply chain resilience here or talk to one of our experts live. 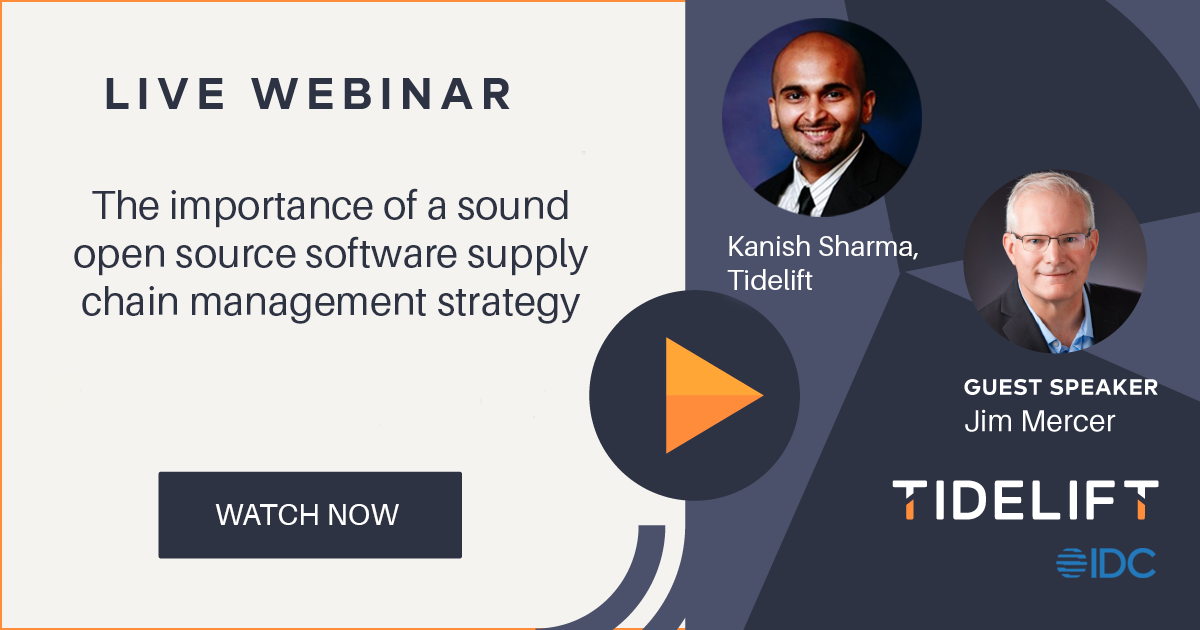