It has been well documented that open source has a serious diversity problem. It’s not OK, and we need to support change—not only because it’s the right thing to do, but because open source projects need contributions from as many people as possible to continue building the software that runs nearly every company and industry.

Today at Tidelift, we are taking a step toward encouraging a more diverse group of open source developers by releasing Explore Open Source, a curriculum to encourage open source participation among the Girls Who Code students at 200 colleges and universities.

“Improving the participation of women and other underrepresented groups in open source software starts with providing access to educational opportunities earlier in the pipeline. Because of this exciting collaboration, Girls Who Code Alumni will have the opportunity to start contributing to open source projects before they take their first job in the tech industry.”

In a recent survey on open source from GitHub, less than 5% of respondents identify as non-male. When the Tidelift team shared this fact with a room of students, the students were appalled. These young women, who are all members of the University of Michigan’s Girls Who Code college chapter, already knew that women were heavily underrepresented in computer science but did not realize the issue was even more pronounced in the open source community.

Tidelift developed an open source curriculum with Girls Who Code. Girls Who Code students at the University of Michigan provided feedback on the final product.

Despite the current imbalance, the same survey reveals that women and men are just as likely to say they are very interested in making open source contributions. The survey authors conclude that although everyone uses open source, “its contributors do not yet reflect its broad audience.” Again, this is not OK, and it doesn’t have to be this way.

Today, in the business world, open source is everywhere. Tidelift has found 92% of all applications contain open source libraries. Open source is also a career-builder, with developers commonly including open source contributions on their resumes.

Given this, more software developers should be engaging with open source earlier in their education and careers. For example, David Humphrey teaches courses on open source at Seneca College. During the semester, his students learn git, contribute to open source projects, and learn the intangible skills of “how to cope” in open source communities. His students receive real-world experience resolving issues and make pull requests for large open source projects like Firefox, VS Code, and WordPress.

Unfortunately, courses like this are exceedingly rare at universities. Often times, new developers first use and contribute to open source in their free time or at their first job. Some find welcoming open source communities, and enthusiastically step up their contributions. However, the GitHub survey finds many don’t feel accepted, so they move away from open source over time. Still others don’t have the luxury of working for free, as many projects demand.

We believe it’s critical to encourage more students to participate in open source, especially those who have been historically underrepresented, as an important step toward creating a more diverse open source community.

It’s perhaps no surprise that great people behind Girls Who Code feel the same way—with a mission to close the gender gap in tech, Girls Who Code has already served 185,000 girls interested in computer science. We’ve been excited to work with them to bring additional open source education to Girls Who Code students.

“Open source software development plays an important role in building the technology that shapes our lives, and yet less than 5% of open source contributors identify as something other than male. Girls Who Code is well aware of the tech industry’s diversity challenge but Tidelift is taking strides to ensure that all people’s voices are represented and compensated for their contributions. Through Girls Who Code College Loops, we’re excited to collaborate with Tidelift to introduce open source to women majoring in computer science at 200 college campuses nationally and to continue to increase female representation.”

Our Explore Open Source curriculum is now available to all students participating in Girls Who Code College Loops, an extracurricular program already available at 200 colleges and universities in the United States. College Loops meet bi-weekly, and members can choose to use our open source activities during their sessions. Students who complete these activities will practice collaborating with git and will seek out and hopefully make their first PR to an open source project. The students will also learn about inclusive initiatives like the GitHub first-timers-only tag and watch video profiles of women in open source from Mozilla and CloudBees. Abby Cabunoc Mayes, who is the Working Open Lead at Mozilla Foundation, shares in her profile how she first became involved with open source.

“There was an open source club at my school during undergrad, but I never went to it because I never felt like I fit in,” Abby shares with the students. “I really regret it now—knowing how powerful open source is—that I didn’t get started earlier.” 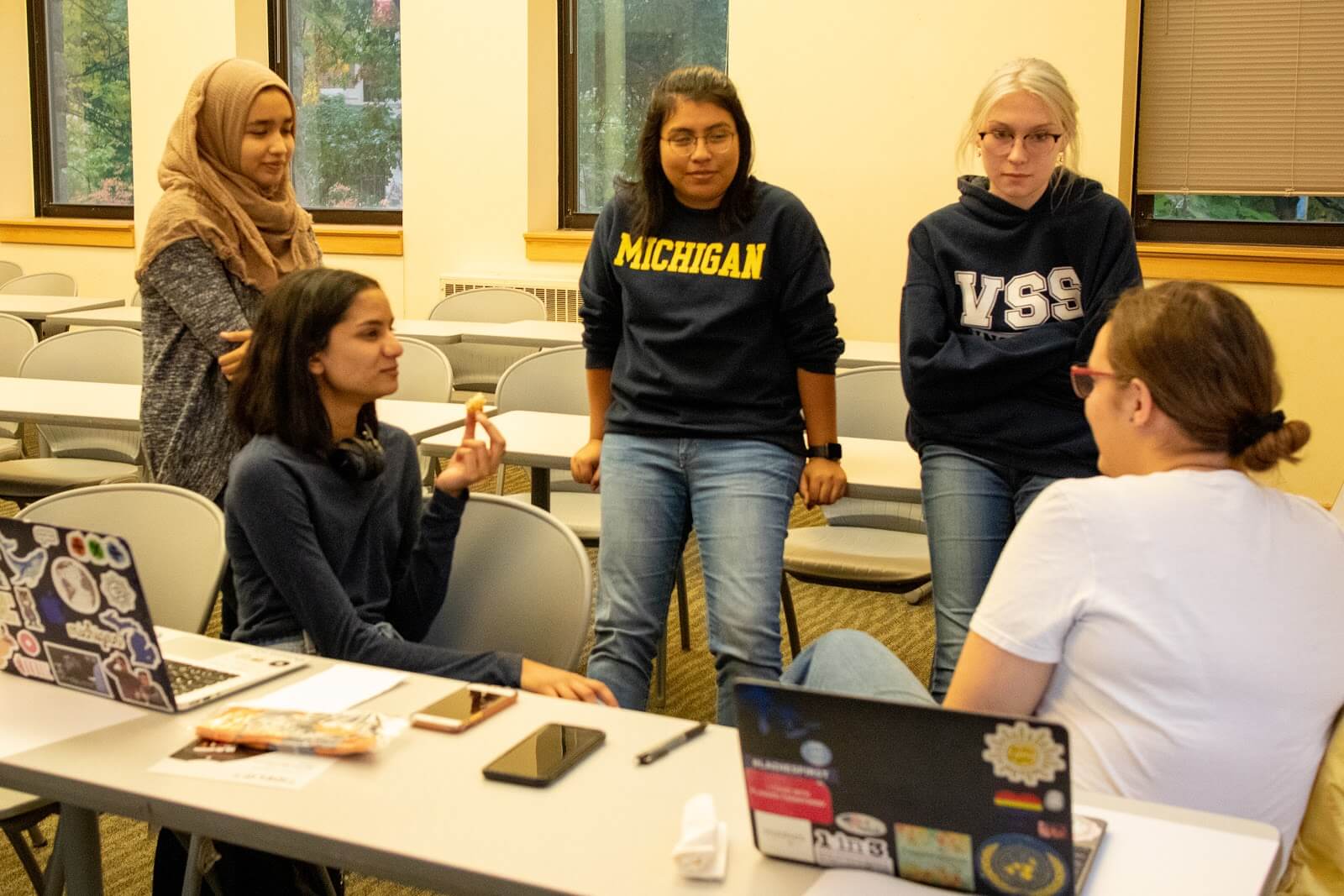 Our curriculum includes a mix of offline (“unplugged”) activities and tutorials that inspire and enable young women to make their first contribution to open source.

All of us at Tidelift are proud to be partnering with and supporting Girls Who Code. If you are a student and your college or university does not yet have a Girls Who Code College Loop, apply to start one here.

We wanted to introduce students to role models in open source such as Abby Cabunoc Mayes of Mozilla.

Inclusiveness is a core Tidelift value, and we're fully committed to supporting work that brings more women and members of other underrepresented communities into open source. Beyond education, we need to make structural changes to the open source community that promote inclusiveness—such as improving documentation and making communities more welcoming to newcomers. Look for more from us on this in 2020.

* The Explore Open Source curriculum could not have been possible without the contributions of many. Thank you especially to Jackie Blizzard-Caron, Director of Curriculum at Girls Who Code, and the entire GWC Curriculum team; Abby Cabunoc Mayes from Mozilla, Kate Hudson from Mozilla, and Kara de la Marck from Cloudbees; Albert Lee; and the Girls Who Code College Loop at the University of Michigan.

All students participating in the Girls Who Code College Loops program now have access to our Explore Open Source Curriculum.

How to manage different contribution rates in an open source project