On Sept. 9, Tidelift CEO and co-founder Donald Fischer co-hosted a webinar with Al Gillen from IDC about the future of open source software support. Al has studied open source usage in commercial settings for over 20 years now, and has a unique perspective on how support for open source has changed and matured over this time.

In the webinar, one observation Al made is that all technology areas in open source do not have the same breadth of commercial support. Here’s one slide that he shared: 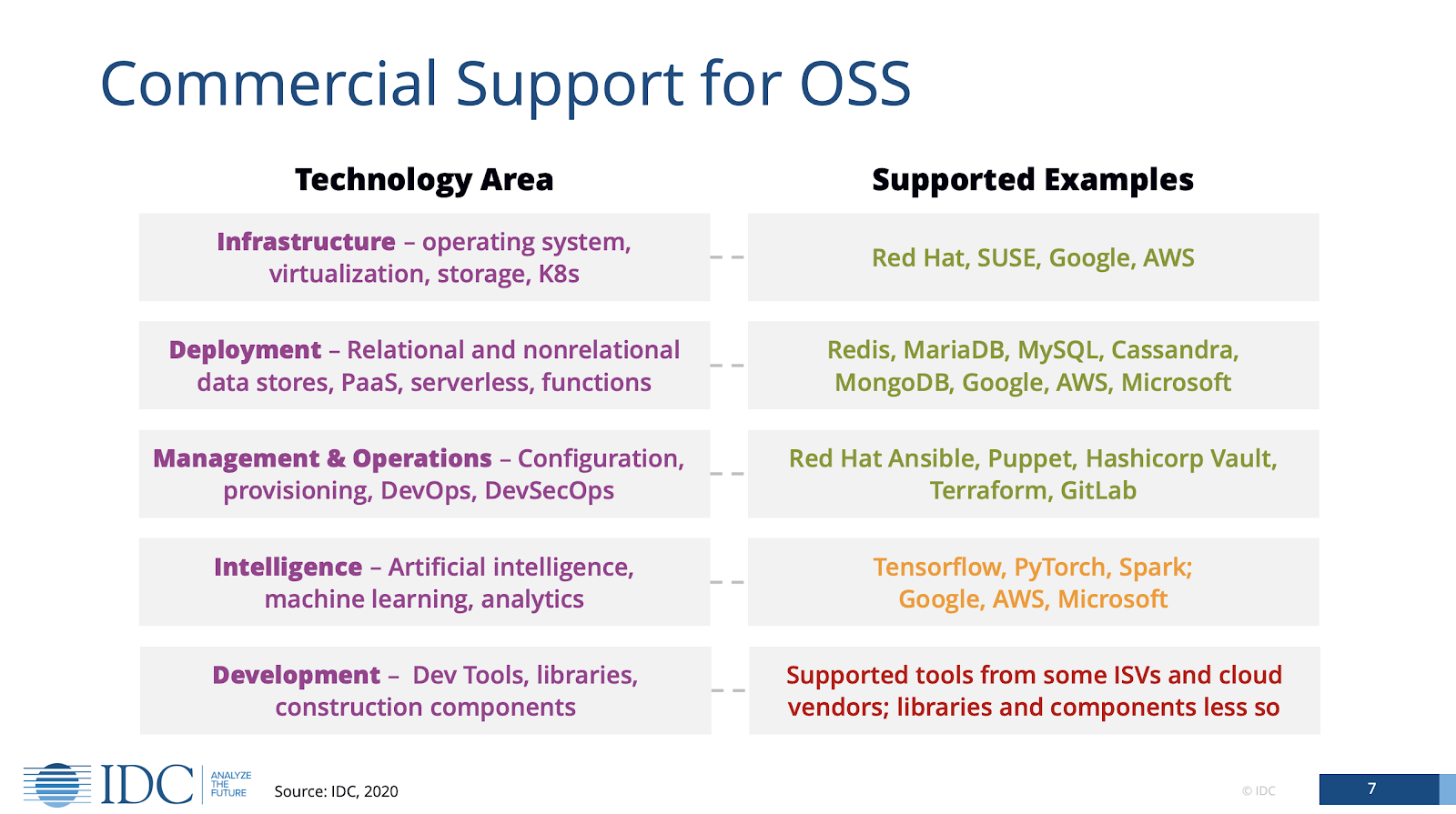 Some areas are well supported. Take open source infrastructure, for example, like operating systems and storage. There are many commercial options offering support, like Red Hat, SUSE, Google, and AWS. For the deployment layer, there are companies like Redis, MariaDB, Microsoft, and MongoDB. For the management and operations layer, there are organizations like Red Hat Ansible, Puppet, and GitLab.

But when you get to the intelligence and the development areas, there are not as many formalized support options available. This is especially pronounced in open source development libraries like JavaScript, Python, and Java where there have historically not been a lot of options to get enterprise class support (which is a gap we are trying to fill at Tidelift).

When there is no organization charged with making promises about the future maintenance and security of these open source libraries, the burden of keeping them secure and up to date falls on developers, who really just want to write code.

Here’s another slide from Al’s presentation, showing what tasks developers want to spend more time on, versus the tasks they’d rather not focus on. 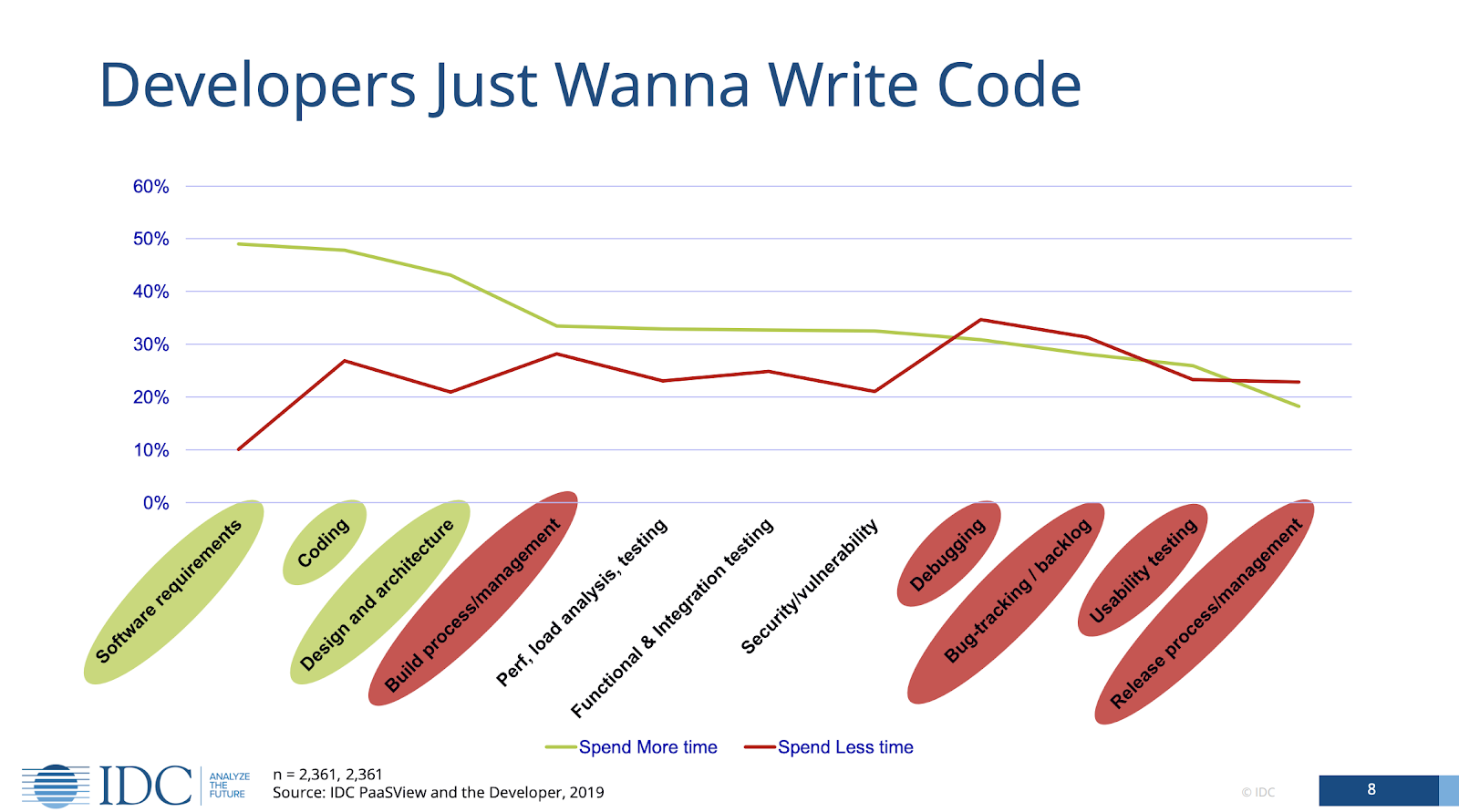 Al pointed out that tasks developers would prefer to spend less time on are all maintenance related. The things they’d prefer to work on are more creative tasks like architecting, designing, and writing software.

What if there was a way to off-load the burden of those maintenance-related tasks onto a commercial vendor, similarly to the way Red Hat or AWS off-loads the task of managing infrastructure?

Al suggested a solution like Tidelift could help with this, and that’s one of the reasons why he named Tidelift an IDC Innovator for 2020. Two points he highlights in the webinar are:

Interested in hearing more of Al’s thoughts on the future of open source software support?

You can watch the whole webinar on-demand by filling out the form below and you can download Al’s slides here.