Last week, I asked Tidelift co-founder and resident licensing guru Luis Villa when we can schedule his next webinar. He said, and I quote: “I had a thought last week that I can’t shake. SpeakeasyJS is a lifter’s Friday-afternoon chat series. And I’m sort of wondering if we should do that, as a lower-pressure, more conversational alternative to webcasts and podcasts.”

So Luis and Josh Simmons, Tidelift ecosystem strategy lead and current president of the Open Source Initiative (OSI),  just went ahead and hosted their very first Free as in Friday. This first episode focused largely on the Open Source Initiative's upcoming board elections, so they invited special guest Deb Nicholson, General Manager at the OSI, and spent a casual hour discussing all things OSI and what exactly “open source” means today.

Here are a few highlights:

“In a world where millions of people use open source, they have a lot of different definitions of ‘open source.’ How do you deal with that?”

“OSI recently published a new mission statement. How does that impact strategy?”

If you missed it, don’t worry! You can watch the full episode below. Join us live for another episode tomorrow, March 5 at 4 p.m. ET (1 p.m. PT) on our Twitch channel.

We have a great lineup over the next few weeks, too:

And if you love traditional webinars as much as I do, don’t worry: Luis and Josh are hosting another AMA on March 31. You can register for that here. 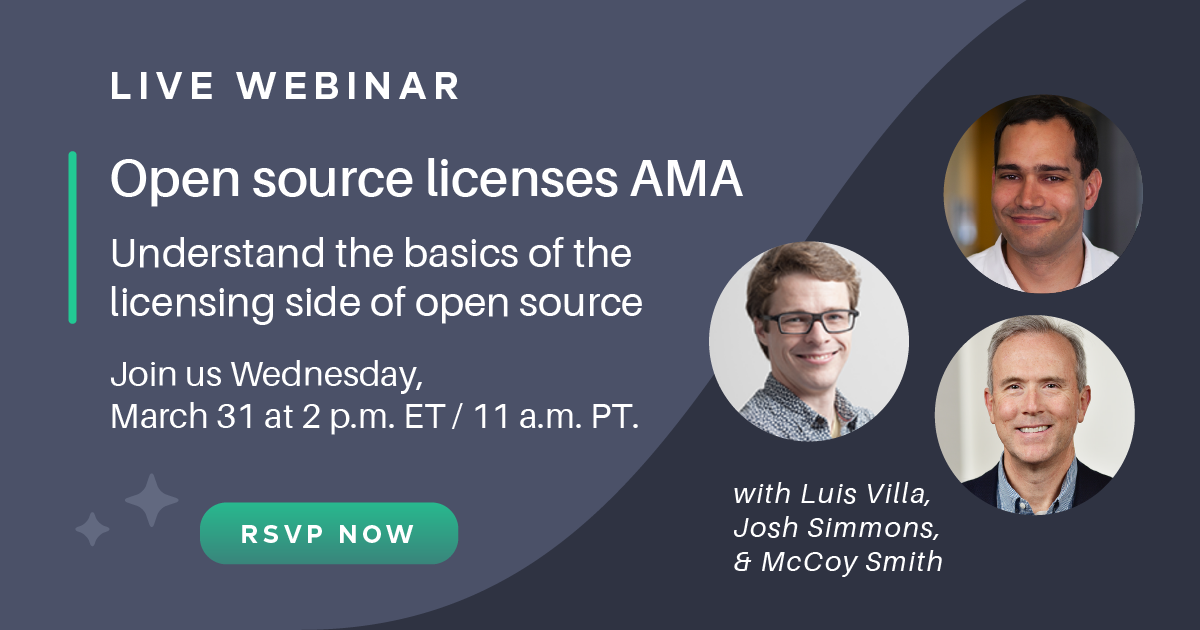