After last year's trip to VueConf New Orleans, Tidelift decided to send me to Amsterdam for the VueJS Amsterdam + Frontend Developer Love conference. Neither they, nor I (having never traveled this far), knew how the jet lag would affect me.

Well, it turns out that, no matter how cool my neck pillow is, it does not help me sleep on planes, so I was pretty dead to the world for the first few days. But that didn’t stop me from checking out as many of the talks as I could, as well as assisting at the Tidelift booth during breaks to spread the word.

But next time I get sent to a conference in Europe, this middle-aged man is arriving two or three days ahead of time.

On with the recap!

The Frontend Developer Love conference, a general-purpose conference not focused on a particular view framework, took place on Wednesday. I missed the first half of it, but I did catch Kyle Matthews’ talk on Gatsby.js. I knew very little about Gatsby.js going in, having not needed a new static site generator for my own projects for a while. It was interesting to see how it could combine data from multiple sources quite easily. I’ve never built sites that leverage so many sources for content/commerce/interaction, so I did not realize how such a tool was needed nowadays.

John Lindquist’s talk about JavaScript proxies showed how far metaprogramming in JavaScript has come since I started writing in it oh so many years ago.

The talk I took the most notes on was Evan You’s on becoming a full-time open source developer. His experiences mirrored a lot of other stories and lessons I’ve heard about a side project becoming a main gig, about the illusions of control and safety that can arise, and the emotional cost of self-imposed guilt, setting boundaries, and dealing with the haters. 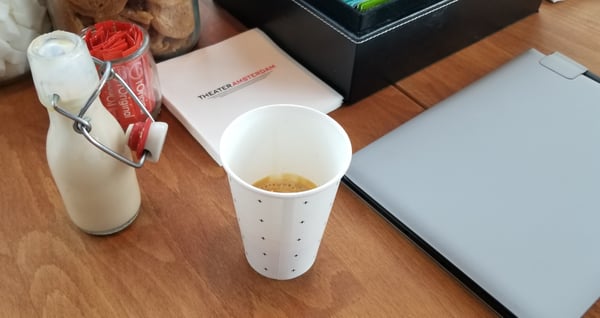 The two essentials for surviving these conference days: strong espresso, and a tablet I can write on in the dark, as the lights were off during the talks.

Thursday and Friday were the VueJS Amsterdam conference, and I had started to recover from my jet lag for those talks. Here’s the takeaways from the ones I went to: 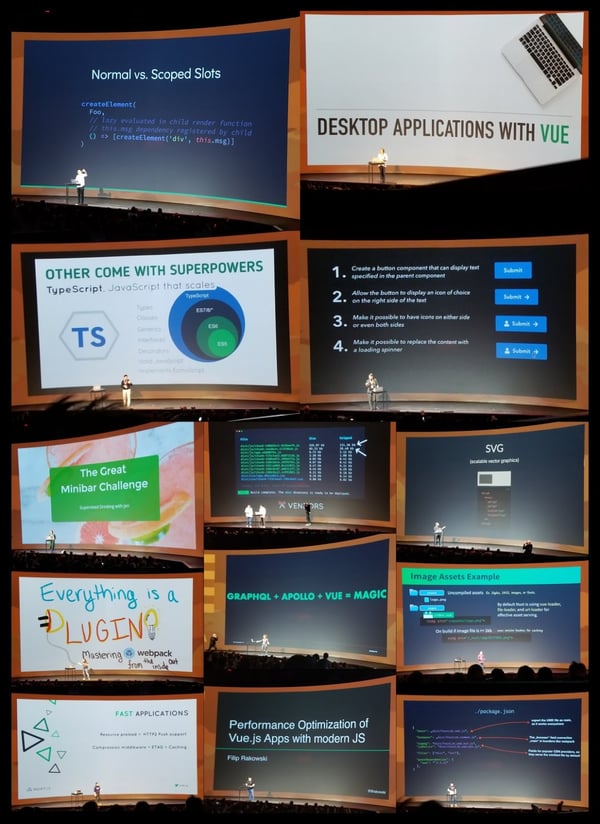 When I wasn't in talks I was at the Tidelift booth, and it was really awesome seeing lots of folks stop by, pick up swag, and talk with us, and so many of them really understood just what we're trying to do when it comes to paying the maintainers. There were plenty of conference events as well. Before the conference we all met up at a brewpub across the street from the hotel we were staying at, though to actually cross that street was quite a challenge. We also held a dinner for speakers and others at Pont 13, a short, quiet walk down a pier from the conference venue, where there was good food and great conversations to be had.

Finally, after the conference finished up on Friday, a few of us Tidelift folks went to the official after-party event in central Amsterdam, where Keenan, Oscar, and I hung out and sang karaoke with conference organizers, speakers, and family and friends of the Vue community. Oscar and I even hung out with a few folks on Saturday as well. We couldn’t stop! (...well, Oscar couldn’t stop. I was getting very social-ed out by Saturday afternoon and needed some serious alone time.)

After the conference I took a few days to explore Amsterdam. Having never been to Europe before, it took a while to get adjusted to the bike paths, Dutch signage, and general vibe, but by the time Sunday rolled around, I was good to go. I managed to walk all over the city, rent a bike, eat some fabulous food, check out the Van Gogh museum, and take in as much as I could of one of the coolest cities I’ve ever visited. 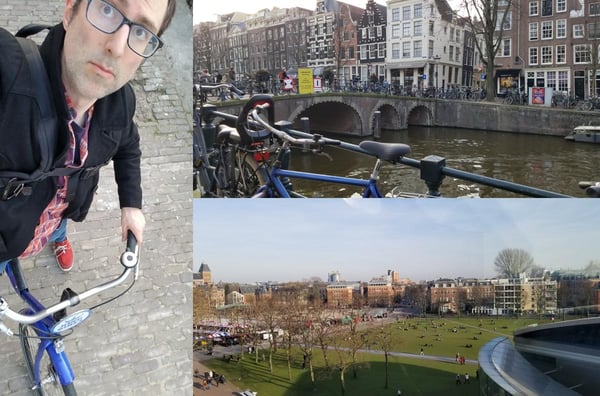