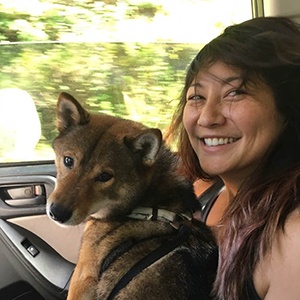 The other day, I was asked, “Why don’t you write something about why you joined Tidelift?” I’d been stressing about this all week because I initially didn’t think I had a good enough answer to justify an entire blog post.

I mean, I don’t have a uniquely compelling backstory, nor do I have a tenured track record of open source contributions. The honest truth is, I joined Tidelift because 1) I liked the ethos around the whole Tidelift concept, and 2) I liked the people on the team.


The more I thought about it, though, the more I realized those two reasons are actually deeply important.

Ok so, reason #1. The Tidelift ideal of open source sustainability sounds awesome to me. In a perfect world, paying the maintainers of packages could help open source embrace new developers, especially those who might not have had the means to contribute before. There are numerous articles and reports on the topics of unpaid labor, diversity, and the impact of privilege on participation in the open source community, so I won’t go into detail here.

But the rallying cry I keep hearing around Tidelift (“Pay the maintainers!”) gives me visions of a utopian, egalitarian future where all contributors are paid fairly for their labor so they can keep contributing, and keep making open source better without sacrificing their time/sanity/financial security. Of course, no single solution is going to be able to solve all these problems, but paying the maintainers is a pretty good place to start.

Reason #2: the people. From first contact through the interview process, I felt welcome and listened-to, and this has continued on into the general day-to-day here. We afford each other the space to ask questions, and to both give and receive help. It feels so empowering to help a fellow dev untangle a tricky CSS bug, or to help one of our designers get their development environment up and running (pro tip: this is a great way to help combat feelings of insecurity brought on by impostor syndrome).

Discussions around diversity, inclusion, and belonging, which admittedly can be heavy sometimes, are treated with honesty and as opportunities rather than potential liabilities.

Most of all: I feel like a regular developer, a regular member of the team. I almost never feel like The Girl Developer (and when it did happen once due to outside forces, I was taken very seriously), and I have never felt like The Diversity Hire.

The fact that diversity and inclusion were such important considerations for the company at such an early stage is a big part of why I was so confident about my decision to join. And, again, this impression has been borne out in my daily reality, and goes beyond gender/race/orientation.

I find that everyone (not just the person in charge of HR) also genuinely and deliberately tries to be mindful of each other in general, like accounting for differences in time zones, remote vs local employees, and working around things that people need to tend to in order to live well (e.g. going to the doctor, pet and child care, family stuff). We want each other to succeed, and it shows in the way we conduct ourselves.

So to sum things up:

So if you’re considering applying for a job at Tidelift, we are hiring, so jump in! If you want to get to know know some of the other folks on the team, you can read their stories here: Brian, Lauren, and John. And of course, I’m always happy to chat about Tidelift (or anything, really). You can find me on Twitter: @flyingkittans. Cheers, and thanks for reading!